HONORING 12 COMPANIES WITH THE MOST RESPONSIVE HR INITIATIVES 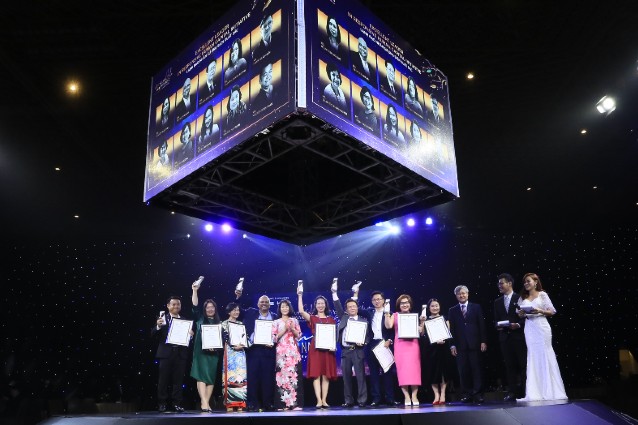 Vietnam HR Awards 2020 – Special Edition with only one category “Responsive Human Capital Initiative” has helped the business community bring up examples and valuable lessons in responding to challenges that the COVID-19 pandemic was a test of.

Let’s check out some of the best moments of the event here.

The super-4 you don’t want to miss: 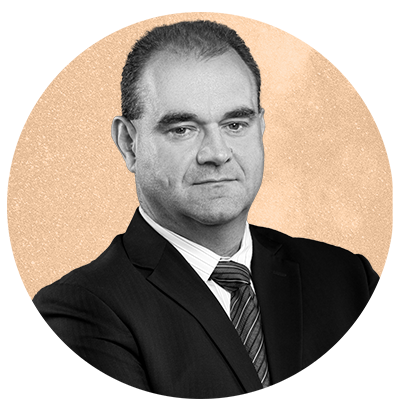 He has a Bachelor in Commerce and Administration from Victoria University of Wellington, and an Executive MBA, with distinction, from INSEAD. He is a member of Chartered Accountants Australia and New Zealand (CA) and the Association of Chartered Certified Accountants (ACCA). 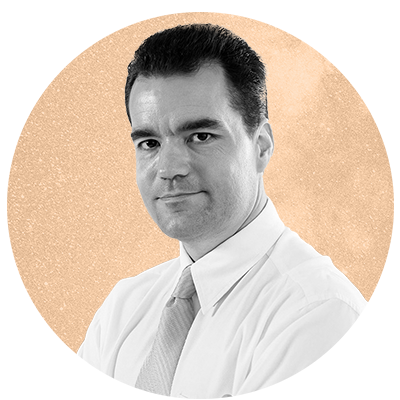 Colin Blackwell is originally from the UK, where he completed his business degree. After starting his career in HR in the UK, he relocated to Russia in 1993 where he was one of the first expatriates to work in the very new HR consulting field there. He was instrumental in setting up the first ever graduate jobsfair in Russia.

In 1995, Colin joined PriceWaterhouseCoopers where he set up the first and market leading HR consultancy, employment agency and salary surveys in Vietnam, Cambodia and Laos. During this time, he also founded the HR Club in Ho Chi Minh City and the HR Association in Hanoi, plus also introduced the first ever graduate jobsfairs into Vietnam.

In 2000 he moved with PricewaterhouseCoopers to Australia where he headed a specialist international HR consulting unit. During that time, he also completed his postgraduate studies in strategic HR and became a Chartered Member of the Australian HR Institute.  In 2004 he returned to the UK, where he was deputy head of global HR for a top FTSE 100 company. When that company was taken over he relocated to the new headquarters in Germany, where he was head of global compensation, benefits, executive HR and mobility for 70,000 employees across 40 countries. In addition, he had responsibility for setting up for the same company a regional Asia HR function in Singapore, which he headed for 20,000 employees across Asia.

Colin is now running a social enterprise in Vietnam in software, digital transformation and process outsourcing. A large proportion of his staff are disabled and his company is part of the World Bank's solutions for youth employment global impact portfolio. He is the Chairman of the HR Committee of the Vietnam Business Forum, representing the business community to the Ministry of Labour. 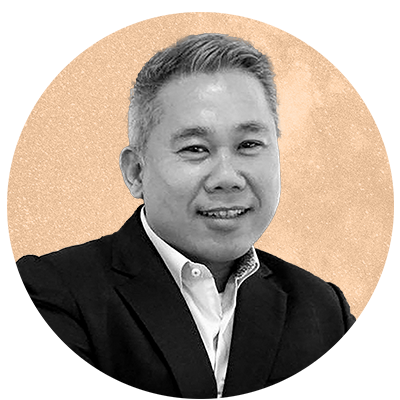 Mr. Eric Yeo is the Managing Director of Amazon Web Services (AWS) Vietnam since January 2019. He is the chief representative of the sales and distributions of AWS’s portfolio of offerings, is responsible for the business relationships with the clients, business partners, industry and government and accountable for the P&L.

Prior to this, Eric served as the Managing Director of IBM Vietnam & Cambodia. He began his career with IBM in 2000 in Singapore. Since then he has held a series of leadership positions across the region. Eric also served as the Regional Director of Oracle for 13 countries in building the high growth cities & commercial business.

Eric Yeo was born in Singapore. He lived in various parts of the world (Australia, Thailand, Singapore, Vietnam) having a strong interest in cultural differences and the way this effect our way of living. His interests remain strong in the study of how IT affects organizational structure and design, and in defining or aligning IT strategies with future business strategies.

He ran his own ship chandelling business and seafood restaurants prior to joining the Information Technology business and holds an Economic Honours degree from Monash University, Melbourne. 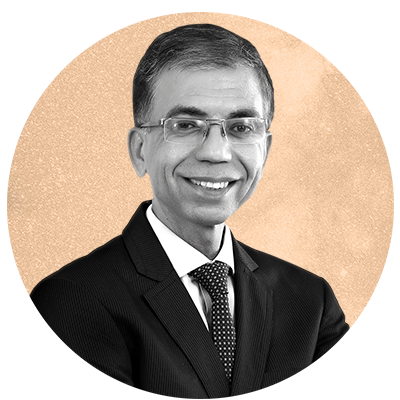 Hemant is a seasoned leader with over 20 years of work experience in India, US, and Vietnam, covering different industries including Food & Beverages, Telecom, and Consulting. He has worked with several leading global organizations, including PepsiCo, Vodafone, Britannia & Infosys Technologies. Over his career journey, Hemant has enabled multiple business turnarounds, driven operational excellence, accelerated Brand building, and has built high impact teams that have delivered market-leading performance. 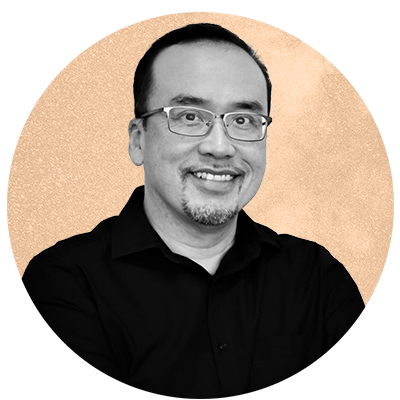 KJ has extensive knowledge in the semiconductor and thin film solar photovoltaic manufacturing operations. He has been in the manufacturing industry for the last 27 years spanning across semiconductor assembly, test, product and research & development engineering as well as solar photovoltaic quality, reliability and production management. He has good professional skills in manufacturing operations, engineering, cross-geographical team leadership and talent development. Through his career, KJ has been involved in greenfield and brownfield factories startup in Malaysia, China and now Vietnam. 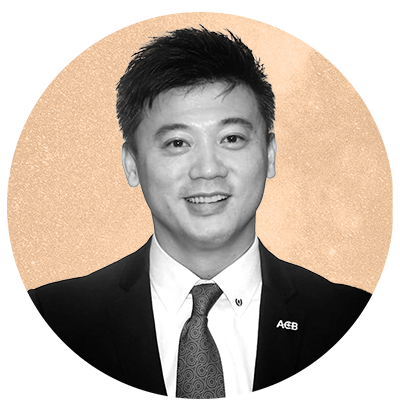 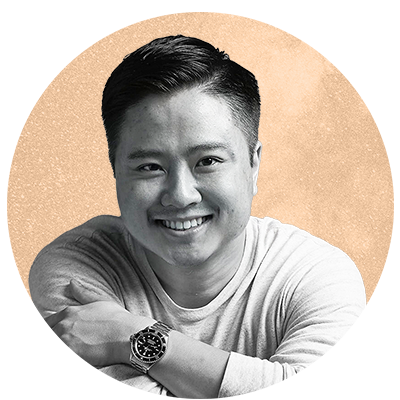 Nguyen Ky Thanh who is currently the Group Chief Marketing Officer of One Mount Group - a technology corporate established with a mission to build Vietnam’s largest digital ecosystem; optimizing and bridging the gaps in the value chain across high-growth economic sectors in the country.

As the Chief Marketing Officer, Thanh is responsible for telling the evolving story of One Mount Group's brand and vision, driving revenue growth, and bringing One Mount's products to life for millions of Vietnamese people everyday.

His teams focus on core products, including OneHousing, VinID, VinShop and other initiatives centered around financial services, social impact, education and employer branding.

A native of Vietnam, Thanh was born in Ho Chi Minh City and moved to the United States when he was 5 years old where he spent time in the Bay Area, California and New York City. Thanh relocated to Vietnam and now resides in Hanoi. 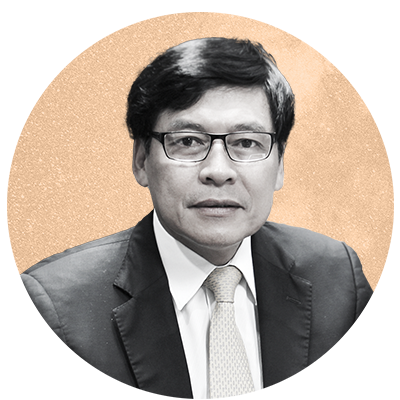 Pham Phu Ngoc Trai – Founder and Chairman of Global Integration Business Consultants (GIBC), a company which was established with the mission of facilitating the integration and sustainable growth of Vietnamese businesses – has more than 30 years of experience in various FMCGs businesses including state-owned enterprises, joint-ventures and foreign companies, spanning across Vietnam and countries worldwide.

Mr. Trai held the position of Chairman and CEO of Saigon Food Processing Company (Foodexco), General Director of SPco. Holdings Company, Co-founder of International Beverages J.V Company (IBC) in 1991 - IBC was accorded the first foreign JVC license by Vietnamese Government to a Singapore party, which was later became Pepsico Viet Nam. After that, he was being appointed to the President & CEO of PepsiCo Vietnam and South East Asia, Vice President - Corporate Affairs in Asia Pacific…He was among the very first Vietnamese senior leader in charge of regional business in a leading multi-national company. Under his leadership, PepsiCo Vietnam had consecutively won 4 prestigious DMK awards – the most honorable award of Pepsico International.

Mr. Trai is currently holding the position of the Strategies Advisor for multiple leading corporations and reputable brands in Vietnam, guiding them in establishing corporate sustainability development strategies. Widely acknowledged as the pioneer of CSR in Vietnam, in recent years, he has passionately supported and promoted the concept of ‘Creating shared values- CSV’ which aims for environmental, social and economic sustainability in all business activities. In addition to being Chairman of Rolex Vietnam, Chairman of VinaCapital Strategic Advisory Committee, Mr. Trai has participated and been elected to lead multiple charity, business associations, and NPOs such as: Chairman – Recycling Packaging Organization (PRO) Viet Nam, Member of Mentor Committe – Institute of Circular Economy and Development (ICED)- HCMC National University, Members of Science Advisory Committee for Department of International Business and Marketing in University of Economics Ho Chi Minh City; Sponsorial Association for Poor Patients in Ho Chi Minh City, Leading Business Club (LBC), SGT Foundation Scholarship, and involved in many other social activities. 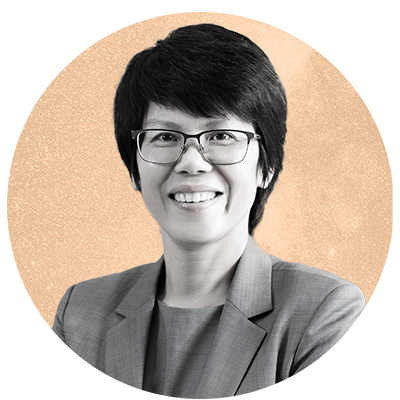 With more than 25 years working in human resources, Van has extensive experience in shaping and implementing people strategy for different stages of the business cycle. Her previous roles include Regional Vice President Human Resources for BP Upstream Asia-Pacific, where she led a transnational HR function serving a multi-billion-dollar business employing 1,500 people, and Director Human Resources at RMIT University Vietnam, where she revitalized the HR function and helped drive and implement the institution’s business turnaround strategies. 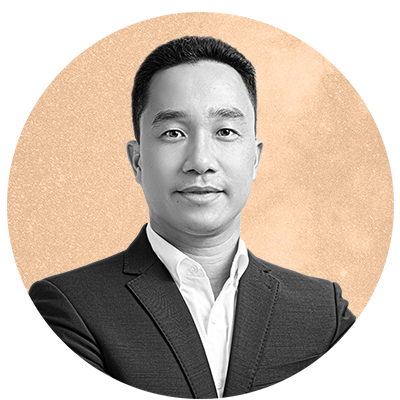 Viet Nguyen is the Managing Director for SAP Vietnam. Building on the 10-year establishment of SAP in Vietnam, he is responsible for all activities spanning sales and operations, as well as SAP's expansion and growth in Vietnam. Viet has 19 years of experience in the technology industry across software, cloud and professional services, helping organizations across industries transforming to become Intelligent Enterprises.

Viet was most recently the General Business Sales Manager for SAP Vietnam where he provides leadership and direction to SAP’s high performing sales team in Vietnam. The team under his leadership contributed significantly to the achievement of revenue, while delivering customer value and innovation through cloud transformation with strategic and key clients.

He started his career in SAP in 2012 and was responsible for the success of clients in the Financial Services, Public Sector and Manufacturing industries. Prior to joining SAP, he worked for leading multinational companies including IBM and Datacraft in sales leader roles.

Viet resides in Vietnam with his wife and three daughters. He holds a Master of Business Administration degree from the Columbia Southern University and a bachelor’s degree in science from Vietnam National University Hanoi.

He is passionate in helping customers in Vietnam become best-run businesses. 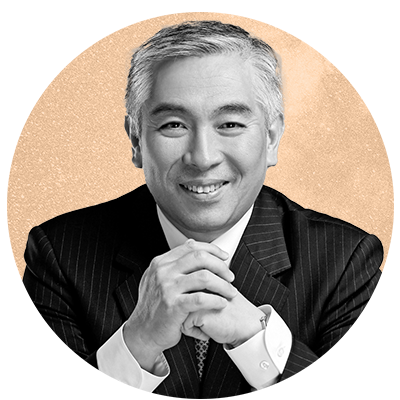 Mr. Yoon Young KIM was born in Korea and raised in Brazil. After having graduated from FGV University in Brazil, he continued to finish his Master degree in Business Administration at WUH - Wissenschaftliche Hochschule fur Unternehmensfuhung(Otto Beisheim Business School) in Germany.

With more than 20 years’ international experience in Automotive & Lighting,covered several industry segments and in different zone such as South America, Europe, North America, Asia, Africa, Russia, and the Middle-East, Mr. Yoon Young KIM has developed his career through various successful country management assignments, as a marketing strategist to grow business, a people builder, and an excellent implementer of commercial initiatives.